VPN is an important technology in this day and age because it let us use a public internet connection without making us exposed to hackers or any other interested parties. The VPN creates a secure tunnel for users to access internet from. Without a VPN, your ISP and internet are directly connected; however, once your VPN is connected – a secure connection is made. This way the user will connect from ISP to the VPN tunnel and finally, to the internet. There are two cases for the usage of VPN. Either the VPN will be used by users from a VPN service in order to privately browse online at home or in public. Second case is the business-oriented solutions that allow employees to securely connect to a corporate network remotely.

VPN connections are provided by either consumer VPN services or by third party software such as the OpenVPN client. However, there’s a third option when we talk about VPN for windows – the Microsoft’s built-in VPN client. However, this is only helpful when VPNs are not providing their own client. The bad part about using Microsoft’s built-in client is that you are bound by number of servers that you can access. For example, if you want to access the Russian server, you won’t be able to do it unless the client allows you to. This is not the case with commercial VPN services – they provide you with maximum servers and connectivity options. On top of that, you also get protocol options. You can choose whichever protocol works best for you. Let’s discuss some VPN protocols available in Windows. 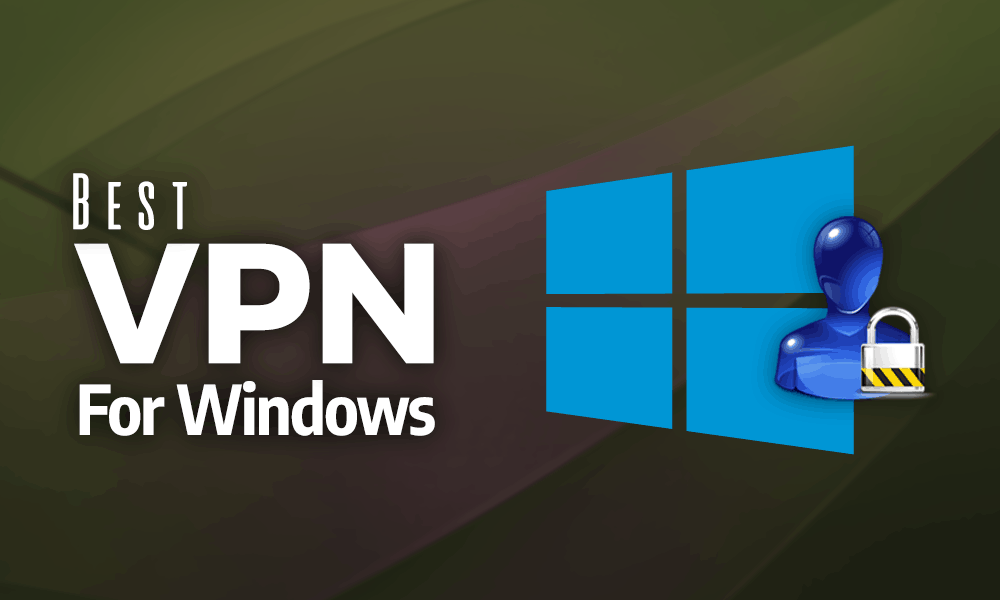 PPTP is a tunneling protocol that works through encapsulated data packets. To encrypt the data for the connection, Point-to-Point (PPP) is used. This protocol is supported by Windows, Mac, and Linux.

L2TP or Layer 2 Tunneling Protocol is best used by combining another VPN security protocol such as IPSec. This process makes the VPN connection highly secure. IPsec or simply Internet Protocol Security is a security protocol suite. It contains the technology that connects your computer and the VPN server. It also allows the encryption of data to data packets which are encrypted with strong levels of security. Because of this, the L2TP/IPsec is pretty much unbreakable.

SSL and TLS are used to create a VPN connection where some specific applications are restricted and not the complete network. In such a protocol, the web browser works as a client. Service providers often use this protocol to restrict some specific websites or applications. The URLs starting with https are an indication of SSL connections.

OpenVPN protocol is used for open source VPN which creates Point-to-Point and Site-to-Site connections. It is a custom security protocol that uses SSL/TLS for key exchange. It is without a doubt the best thing to ever happen in the world of VPNs. This protocol uses OpenSSL and TSL with the addition of other minor technologies. 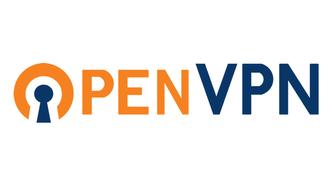 Unlike many other protocols, OpenVPN has no especially built-in support for a specific platform that has its merits and demerits. The fact that anyone can use OpenVPN through a third-party VPN client is also good and bad at the same time.

Just like L2TP/IPsec, the IKEv2/IPsec is a mixture of different protocols tunneled together with the security technology of IPsec. This protocol is another one which is not open for all platform because it was developed by Microsoft in collaboration with Cisco – the networking giant.

All the VPN service providers that we listed above have their own specific apps for Windows. The built-in app for Windows has support for VPNs; although you need to configure it manually which can be a time-consuming activity and if you don’t know what you are doing – you will probably end up wasting time. Furthermore, you need to manually select every time you want to change a server. Another disadvantage of using the built-in app for Windows is that you will miss out on features built into the providers’ apps. These include kill switches, leak protection, auto-reconnect, etc.

Reasons to Use a Private VPN on a Windows PC

Whether you use a desktop PC, Laptop or a Mobile, it is extremely important that you use a VPN in order to surf the web. When you are browsing the internet, your activity is recorded through a IP address which is like a identifying device. If you are not protected by a VPN, your country, city etc. can be tracked and your safety can be compromised. Furthermore, IP address is also able to identify your GPS coordinates. However, when you use a good VPN, you can have a different IP address – in case if anyone tries to track your IP address, they will see your fake IP address provided by your VPN provider. This also applies to your ISP and with a different IP address you can escape from ISP’s prying eyes. This provides you with privacy and anonymity online.

Another reason to use a VPN is for any times that you use a public Wi-Fi network. On public Wi-Fi, cyber criminals could see what you are doing and potentially intercept valuable information you might enter, such as your credit card numbers, usernames and passwords. Using a VPN is like creating a secure tunnel for your browsing activity. Once you connect to the VPN server, everything you do is within that “tunnel” and is encrypted. It’s like having a private network over public Wi-Fi, so you can enjoy the convenience in a hotel, airport or café, but still keep your activity private.

Free VPNs are just another way of compromising your privacy and security. Using a free VPN shifts the ISP snooping to your VPN provider. Without a VPN, you expose your activities to the internet service provider. However, with a so-called “free VPN”, you expose yourself to the VPN provider because even the VPN companies are in the market to earn money one way or another. Free VPNs don’t guarantee total anonymity also because it’s free for a reason. Your activities on the internet might be logged while using a free VPN which beats the purpose of using a VPN in the first place. You become the victim of tracking cookies being injected in your browsing and with constant advertisement in your web browser – you can’t enjoy the web surfing. furthermore, your connection is capped meaning that your bandwidth is limited, and you can’t go beyond a set limit of speed. Lastly, you won’t get good range of servers to choose from, typically, you are bound to get all the worse working servers which will make your browsing experience, horrible. Stop yourself from being the ‘product’ and buy the VPN service to ensure total privacy and security.

In terms of DNS requests, the newer versions of Windows send the DNS requests to the web pages by using both, IPv4 and IPv6 protocols. Then, which ever protocol is first one to come is used to establish a connection with the webserver. This process makes the pages load little bit faster however, the improvement might be very small but when you are streaming websites like Netflix, it can make a huge difference.

The problem is that, most of the VPNs we use these days are only compatible with IPv4 requests and not the IPv6 protocol. The IPv4 requests are handled properly by sending them through tunnel of VPN where they are resolved by the DNS servers that the VPN provider has. However, if IPv6 request somehow bypasses the VPN tunnel and ends up at the non-encrypted network, it might reach the nearest ISP controlled DNS server – compromising your identity. If your network has a DNS mismatch it is clear indication for websites like Netflix and Hulu. In such case, you might see an error asking you to switch off VPN before proceeding. Furthermore, your ISP can also snoop around on your activities – although the information available to the ISP will be small compared to if you were not using a VPN.

What is a VPN for Windows?

A VPN gives you a private network for you to browse freely without worrying about identity leak or hacking attempts. Your browsing activity is kept secure through a encryption process which we discussed earlier. The VPNs usually stay active in the background so you can keep working or using the internet as usual. Since Windows operating systems are targeted more than other OS, you need to ensure that your data is protected. Since the users of Windows OS are highest among all OS available in the market, the hackers and such parties are more interested in stealing information from Windows OS users rather than Mac, for example. So, if you are a Windows user, you should start to focus on keeping your data secure and keeping it from getting into the wrong hands. 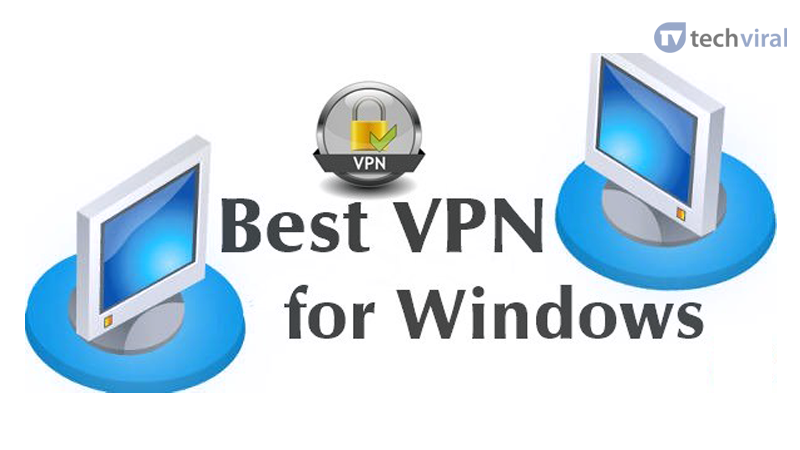 Our chosen VPNs will make your lives easier by protecting your identity online and keeping your personal & financial data secure.  Windows 10, 8 and 7 get internet traffic encrypted by the VPN provider so that no one unauthorized can access it, even if it was intercepted. This feature is available for different OS as well, however, since Windows is the most used OS in the world – all good features of VPNs are Windows supported.

How to choose a free VPN – Important questions to ask yourself

These questions will help you determine whether a certain VPN is suitable for you.

What is its business model?

You know that every VPN provider is in the market to earn money in order to continue serving people. However, the problem arrives when a VPN provider just offers FREE VPNs. Most free VPNs work as a marketing tool. They gather your data and internet activity in order to sell it to advertisers or other third party which ultimately compromises your data and privacy.

How does it protect my PC?

Most of the VPNs are user friendly and they continue to run in the background. The encryption process is mostly automatic with every data being encrypted as you continue to browse the internet. However, there is another problem that needs to be addressed – the annoying permissiveness of tracking solutions which you can find on every website. To counter this, you need a VPN that is integrated with a super ad-blocker or something like it.

Logging is the activity tracking policy of some VPNs. If your VPN has no policy stated regarding logs, its better to avoid that VPN service. Through activity logging, your data can be stored and sold to interested parties. Look for those VPN that guarantee zero-logging. The policies can be found in the EULA or the end-user license agreement. However, most of us choose to avoid reading EULA since its pretty lengthy and boring. You need to ensure the zero-logging policy is practiced by your VPN so you can always be sure of your activity being protected. One best way to choose a VPN with zero-logging policy is to look for countries where the companies are not bound by law to save the user data. VPNs from such countries are most likely to erase all of your data without keeping any log of it.